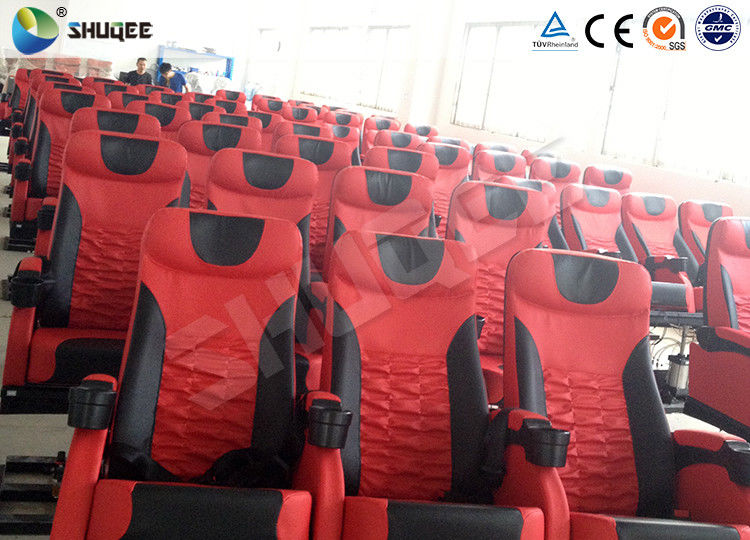 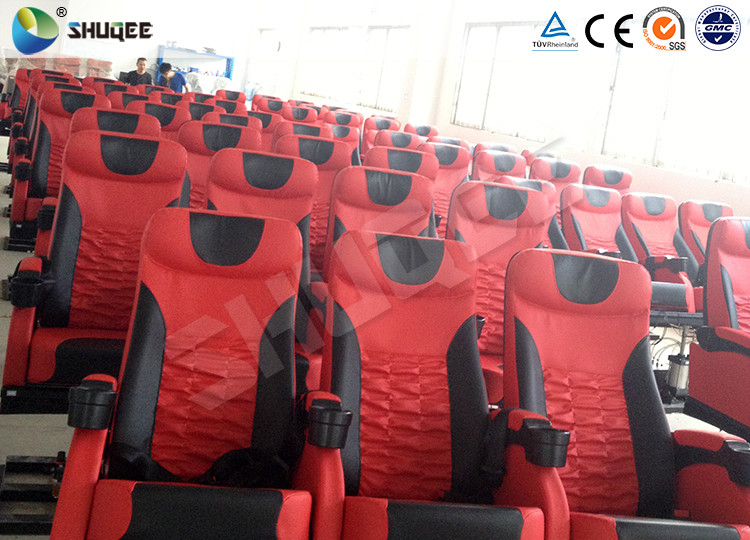 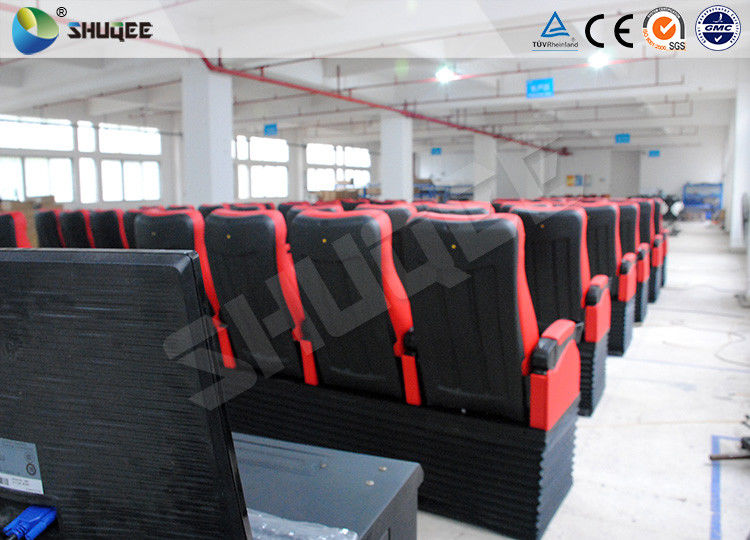 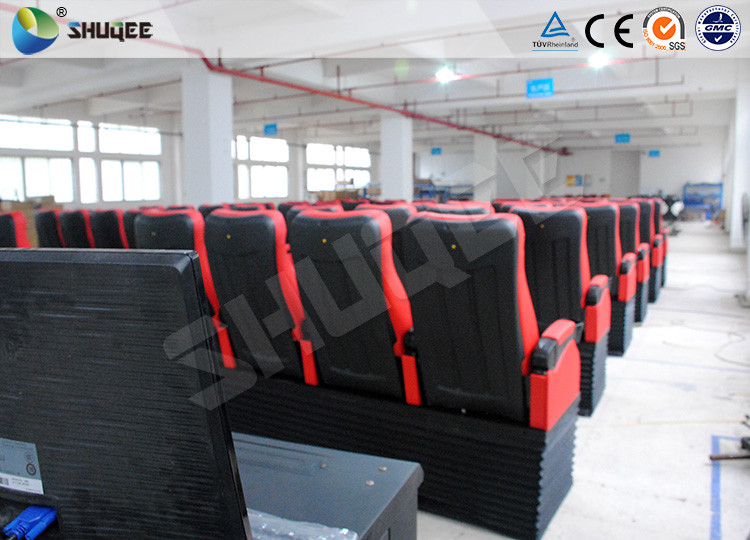 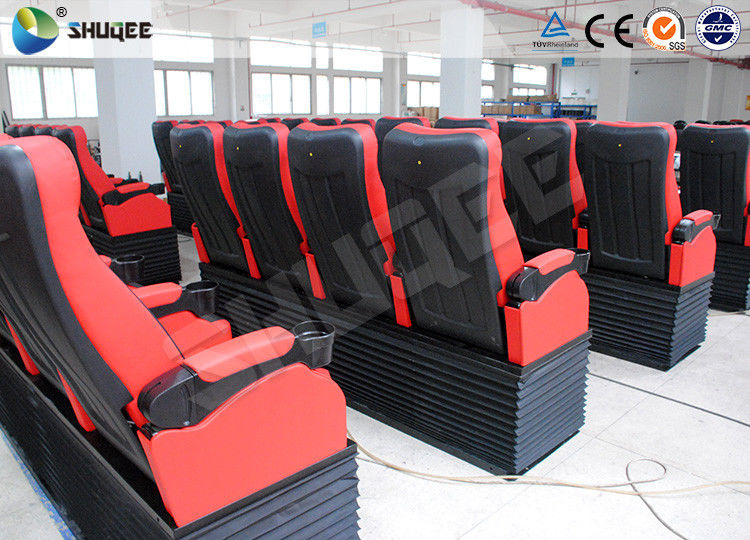 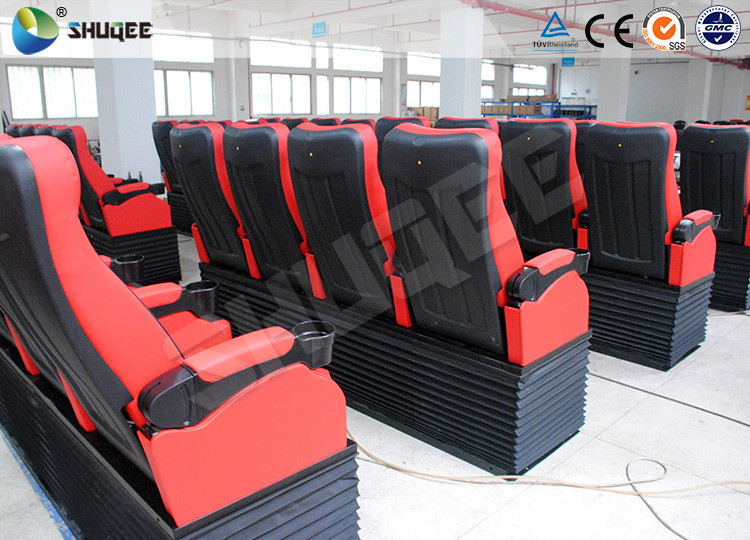 4DM motion chair can accurately simulate forward, backward, left-wing, right-wing, falls, bumps,spary air and water, sweep leg, push back. You will have a unique experience of special effets when the movie is playing. Seat dynamic motion control: The system use electric power system, synchronization of the best (fase response), out of the box stable, simple, and to achieve a wireless, modular and interlligent. Seat effect control: Modular intergrated circuits, automated, interlligent. Environmental effects control: Using wireless DMX protocol control, no wiring, out of the box.

Features of 4DM Motion Cinema
4DM break the shacklesof traditional way of viewing experience, attarct viewers into the theater, leading the audienceinto the movies and feel the story. 4DM cinema provides a superior system , it's applicability, high quality 3D solution and support 2D and 3D film screening. Cinema blockbusters releasesd simulataneously with the perfect combination. Our 4DM programming specia list committed to technological research and development, lens intended to forge ahead, the pursuit of truly unique viewing  special experience.
4DM Cinema is a new experience to subvert the traditional way of viewing simple with advanced technology to lead the audience from the viewer as a participant in the movie role. The experience of audience every time in the 4DM cinema is a unique journey.
4DM Cinema has a prominent theme, high technology content, lifelike picture shock resistance and other characteristics and advantages. We not only have shake, fall, spary air and water, leg sweep and other stunts to introduce 4D theater.

4DM film is also called the four dimensions, by three-dimensional film and the surrounding environment simulation of four dimensional space, it is on the basis of 3D movie and environmental effects, simulation of new film and television products, through to the audience to film content of physical stimuli, to enhance telepresence effect. When the audience watching the 3D movie, follow the change of the film and television content, it can feel the storm, thunder, rain, impact, spraying water mist around and shoot the legs, and stereo image matching what is happening in 4DM seat is a water spray, jet, vibration, and legs.

The functions, such as by pneumatic power. Environment simulation is refers to the snow, rain and lightning are installed in the theater, smoke, and other special equipment, create a consistent with the content of the environment. Above two kinds of films have, as it were, the effect of the adventure. These two films has both commonness, and personality. In the mirror, adventure, feel is their common science and technology; One is feeling in motion, one is in the visual feelings stimulate, that is its personality.

Control system is free lifetime and be updated; 2years free for  Luxury motion chair;1 year free for other
equipment, No warranty of consumables.