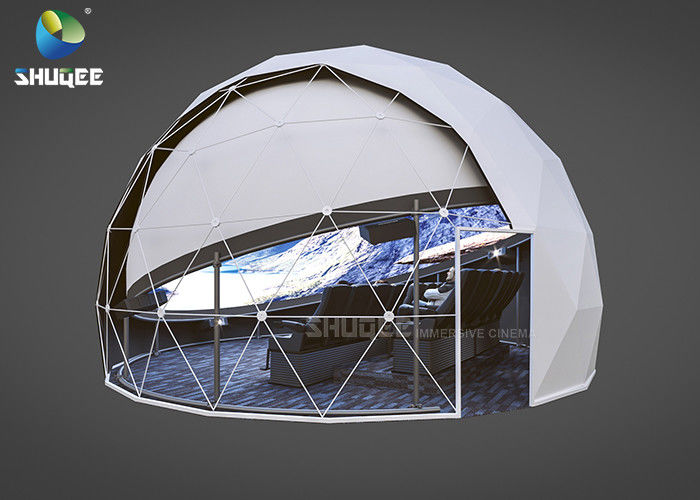 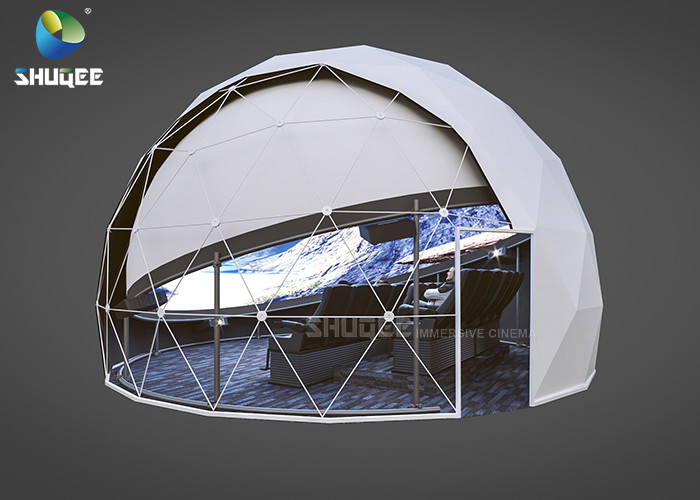 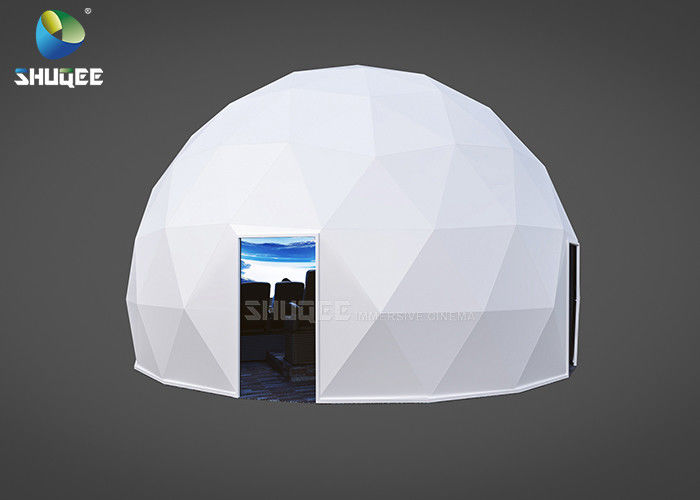 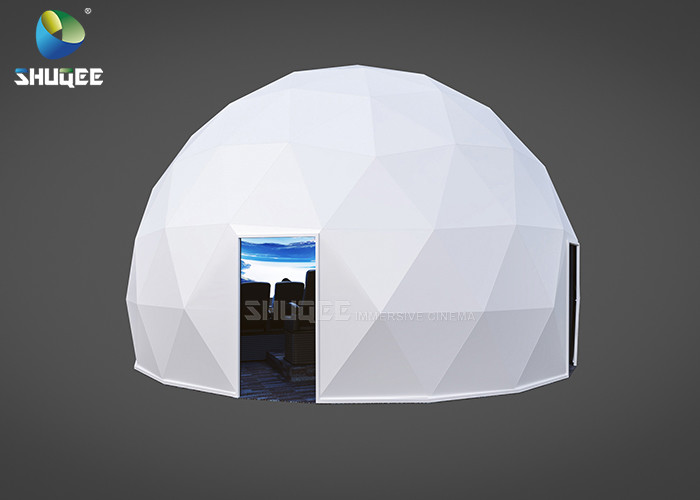 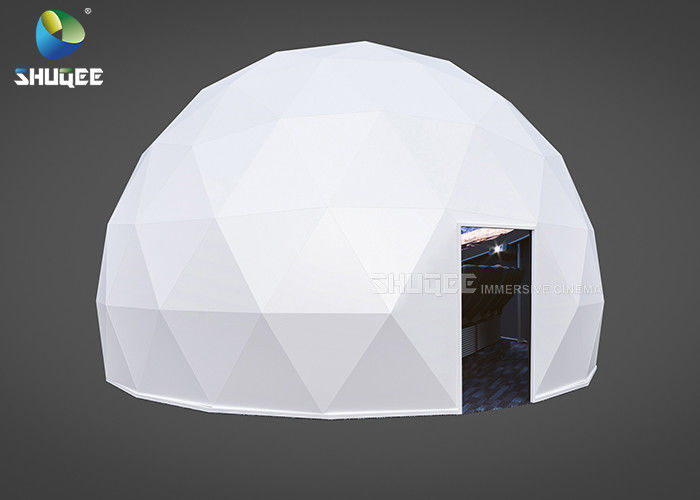 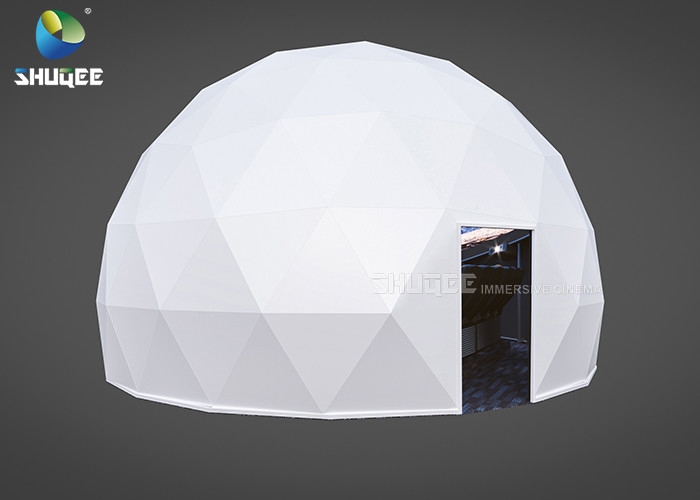 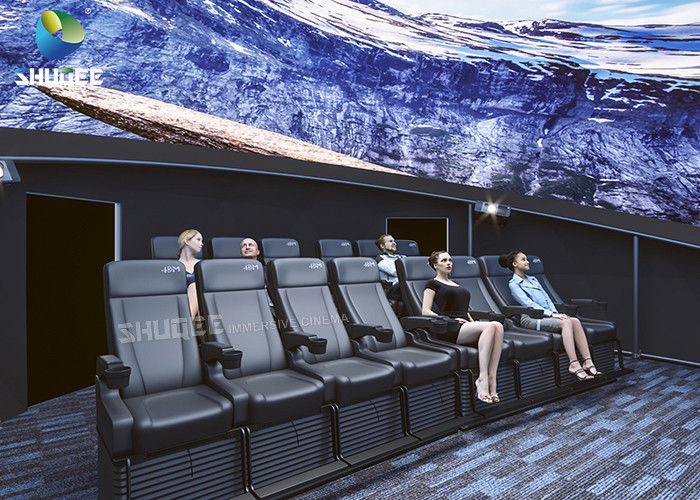 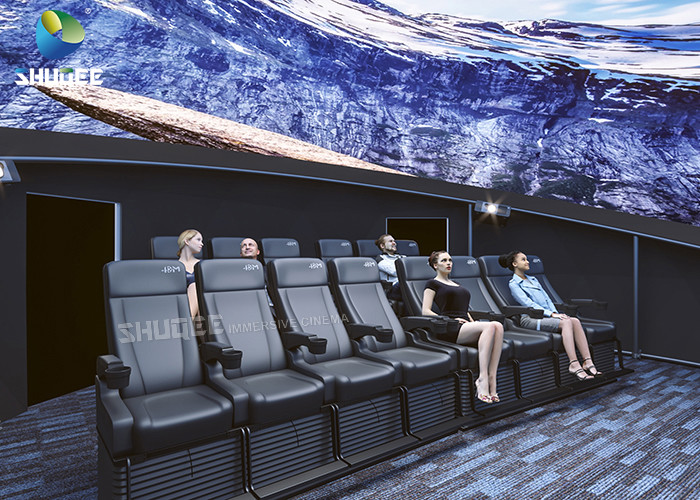 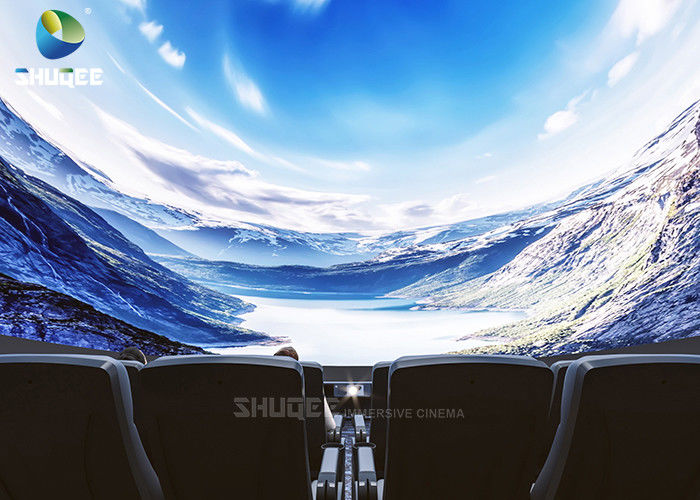 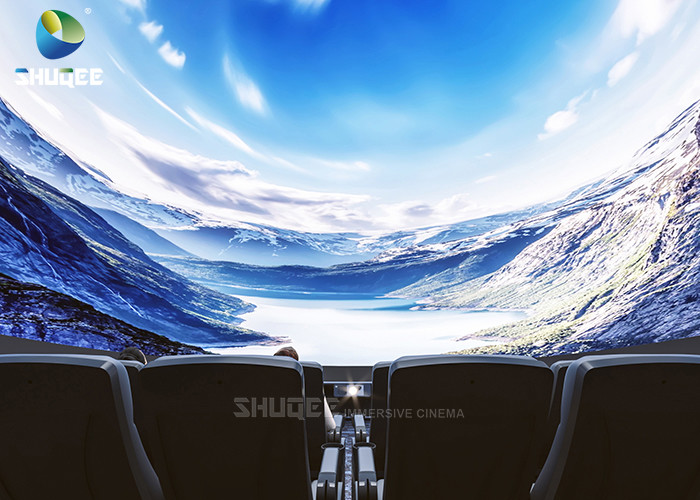 4D Cinema Dome Projection is a new cinema system developed in recent years, using transmission metal screen, advanced digital projection equipment, as well as analog dynamic seat equipment. After entering the cinema, the audience will be placed in a tilted dome structure, you can watch 360-degree vision in the range of large-screen digital movies, unique visual impact, surround sound effect so that the audience has a strong sense of immersion, like an immersive experience and popular in the market!

The 5D Cinema Dome Projection can capacity 14 people experience the Dome projection movie at the same time. Although the quantity of the 5d cienma chair is less, the movie also ran for a short time, the scenic spot has a large flow of people, so you can make a big profit in a day. That is wonderful!